Peyton expresses an angular, hook-filled, heartfelt six-string dexterity through his tunings, timings, textures, effects and arrangements—stamped with a rarefied and charismatic sonic intuition. In Peyton’s guitar work, you can hear influences from the likes of Keith Levine, John McGeoch, Geordie Walker and Will Sergeant, all integrated into his own distinctive sound. At times his songs evoke the musings of Wire, APB, early Talking Heads, Magazine and Gang of Four—just to name a few. 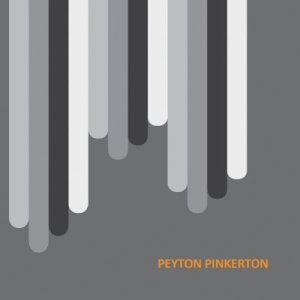 Fans of his other work will still find all of the uniqueness, nuance and six-stringed dexterity Pinkerton has come to be known for, and yet there is a marked departure from his work in other projects. As a songwriter Peyton has the innate and rare ability to take the personal and make it universal; and to take the universal and make it personal. The songs on “Peyton Pinkerton” are some of the strongest he’s ever written – angular, hook-filled, heartfelt and yet still stamped with his unmistakable and charismatic sonic intuition. 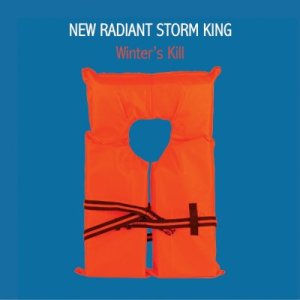 Remastered and expanded reissue of original album from 2002. Six bonus tracks have been added. All material has been lovingly remastered from the original master tapes by longtime New Radiant Storm King Engineer Mark Allan Miller at his Sonelab Studio, Easthampton, MA. “Robert Pollard of Guided by Voices has credited NRSK as a major influence on his songwriting, and listening to the title track, “Winter’s Kill,” one can imagine that it is GBV.” — Barbara Manning, Sacramento News and Review

Previously unreleased in the US, this album from 1998 is remastered and expanded to include two bonus tracks. Loose, full of chime, with playful and interlocking guitars a la Tom Verlaine/Richard Lloyd or Thurston Moore/Lee Ranaldo, it is both foreboding and lighthearted simultaneously. Its creative drivers Peyton Pinkerton and Matt Hunter are truly beloved insiders who brought their little band from Western Mass’ fertile, Pioneer Valley, starting as freshmen at Hampshire College, to the world stage and now remain at the very heart and soul of Northeastern US indie rock lore and history.

The tightest, hookiest and most diverse record in their distinguished career. Recorded over six months in deep, rural Massachusetts, Drinking in the Moonlight proves once again that guitarists/vocalists Peyton Pinkerton and Matt Hunter write some of the most imaginative and memorable American rock. A sonic mix of urban and rural, sporting distorted yet wiry pop with a marked focus on narrative within their song writing — trademarks gratifying to longtime fans. 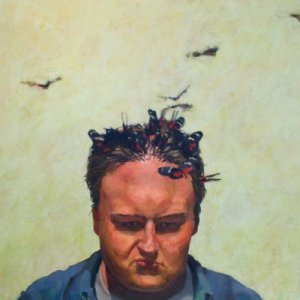 “The Steady Hand is, delightfully, both a throwback to the glory days of college rock and a refreshing restatement of core values and ideas by a veteran band that sounds born again.” –Jim Testa, HARP (May 2006). Like other great alt-guitar pioneers, NRSK lay virgin gravel road; sometimes hard and angular, sometimes uniquely smooth and pastoral. Peyton and Matt’s trademark vocal styles and guitar interplay are refined to surprising precision and yet maintain the playful exuberance that people have come to expect.

Although they were part of the same early 90s indie-rock explosion as Pavement, Sebadoh and Guided by Voices, New Radiant Storm King never enjoyed that level of success, instead enduring numerous lineup shifts, label snafus, and the death of one founding member. The group’s core has kept busy with other projects (Peyton Pinkerton plays guitar in the Pernice Brothers; Matt Hunter has played bass with Wharton Tiers and J Mascis), but NRSK lives on. Following their power pop comeback Winter’s Kill, Leftover Blues compiles singles, alternate takes and unreleased goodies into an impressive, cohesive album – a living piece of endless awe and musical force.